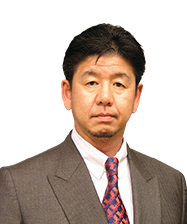 Mr. Zac K. Hoshino was appointed as Senior Managing Director of the Company in March 2019 and currently is responsible for Maritime Business Department. He joined our Company in September 2007 and was appointed as Co-Head of our Maritime Investment Department. He was appointed as Managing Director of the company in February 2013. He has extensive experience with chartering, operating, and contracting in a Japanese shipping company for more than 20 years, and have worked in various Asian cities including Singapore and Hong Kong representative between 2002 and 2007. He is currently the CEO of Uni Asia Shipping Limited, Wealth Ocean Ship Management Shanghai and Uni Ships and Management Limited. Mr. Hoshino graduated with a bachelor’s degree in mercantile marine science from Tokyo University of Mercantile Marine in 1984. 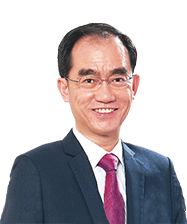 Mr. Lim Kai Ching joined Uni-Asia in June 2011 and was appointed as Chief Financial Officer of the Group in August 2011 and subsequently as Group Chief Financial Officer on 5 January 2015. Mr. Lim has over 20 years of experience in areas including finance, accounting, risk management, investment, audit and investor relations. Prior to joining Uni-Asia, Mr. Lim worked for State Street Fund Services (Singapore) Pte Ltd. Between April 2008 to January 2009, he was the Financial Controller of a PRC-based seafood processing company. From June 2007 to April 2008, Mr. Lim was Vice President with the Group, responsible for the Company’s on-going listing matters and financial reporting of private shipping fund for which the Group acts as fund manager. Between June 1999 and June 2007, Mr. Lim was with Government of Singapore Investment Corporation Pte Ltd. Mr. Lim graduated with a Bachelor of Accountancy (Honours) from Nanyang Technological University and is a member of the Institute of Singapore Chartered Accountants. 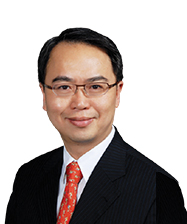 Mr. Matthew Yuen was appointed as Managing Director in March 2018 and is currently the Head of Maritime Asset Management Department. He joined Uni-Asia in October 1997. Prior to this, Mr. Yuen worked in several international banks, specializing in corporate banking and syndications. Mr. Yuen graduated from The Chinese University of Hong Kong with a second class (upper) honours degree in business administration and received his MBA from The Australian Graduate School of Management, University of New South Wales. 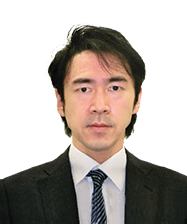 Mr. Takeshi Iritono joined Uni-Asia in 2003 and was appointed a Managing Director of Uni-Asia Capital (Japan) Ltd. in December 2011. He is currently the General Manager of Asset Management Department 2 of UACJ. Since he joined UACJ, he has been responsible for real estate asset management and development of residential properties, hotel properties and commercial properties. He graduated with a bachelor’s degree in law from Keio University in 1994. 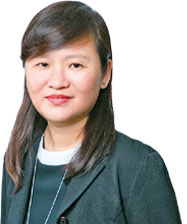 Ms. Candy Wong Wang Ying joined Uni-Asia in November 1997 and was appointed as Head of Financial Management Department on 1 April 2022. She is currently responsible for Financial Management Department and is in-charge of corporate and shipping accounting, as well as cash flow management. Prior to joining Uni-Asia, she was with The Hokkaido Takushoku Bank Ltd., Hong Kong Branch. She graduated with a bachelor’s degree in Accounting from Curtin University of Technology and is a fellow member of The Hong Kong Institute of Certified Public Accountants and CPA Australia. 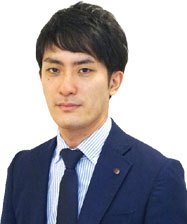 Mr. Shinichiro Ishizaki joined the Company on January 2016 and was appointed as General Manager - Project, Maritime Business Department of the Company on October 2017 and subsequently as Head of Maritime Business Department on 1 September 2022. Based in Hong Kong, Mr. Ishizaki is responsible for various shipping business of the Group including Projects, Sales & Purchase, spot/period chartering, and ship Management. Prior to joining Uni-Asia, he was in charge of ship finance and S&P at Singapore-based ship owning company followed by 2 years’ secondment to Ministry of Finance, Japan. Mr. Ishizaki graduated from Hokkaido University, Japan with a master’s degree in Field Engineering for the Environment in 2010. 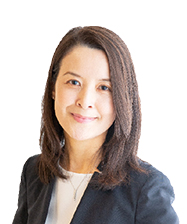 Ms. Chiaki Yamamoto joined Uni-Asia in April 2013 and was appointed the Chief Internal Auditor in August 2018 and subsequently as Head of Internal Audit Department on 1 September 2022. Based in Singapore, she is currently in-charge of the internal audit function of all operation in the Group. She has more than 20 years of experience in various corporate functions, including corporate management, human resource and internal audit for various major Japanese trading companies. She is a Certified Fraud Examiner (“CFE”) in USA, and a Qualified Internal Auditor by the Institution of Internal Auditors (“IIA”) Japan. She is member of Association of Certified Fraud Examiner (“ACFE”) and IIA in Singapore and Japan. 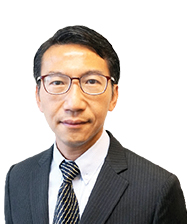 Mr. Kenneth Wong joined Uni-Asia in March 2004 and was appointed as General Manager of Property Investment Department in January 2019. He is a member of the team that is responsible for the property investment business of the Group. Prior to joining Uni-Asia, Mr. Wong worked with Sumitomo Banking Corporation during 1995 - 2000 in the marketing and risk management divisions of the bank Hong Kong Office. Mr. Wong graduated with a bachelor’s degree in Economics and Japanese Studies from Sheffield University England in 1995. Ms. Rachel Choo Chew Ting joined Uni-Asia in April 2012 and was appointed as General Manager of Accounting on 1 April 2022. She is responsible for the Group’s consolidated financial reporting and regulatory compliance. Ms. Choo has more than 15 years of experience in areas including finance, accounting and audit. Prior to joining Uni-Asia, Ms. Choo worked in private equity fund administration department of State Street Fund Services (Singapore) Pte. Ltd. Ms. Choo was an auditor with KPMG Singapore between September 2005 to December 2008. Ms. Choo graduated with a Diploma in Accounting and Finance from Temasek Polytechnic and has a Bachelor of Science in Applied Accounting with Oxford Brookes University in association with ACCA. She is a member of the Institute of Singapore Chartered Accountants.